“Joining BELUCI gives you the opportunity to improve the competitiveness of your company, develop new business opportunities and expand your network”

The purpose of the Belgian-Luxembourg Chamber of Commerce of Côte d’Ivoire (BELUCI) is to maintain the friendship between the Kingdom of Belgium, the Grand Duchy of Luxembourg and the Republic of Côte d’Ivoire, and to contribute to the development of economic relations between these countries.

In this interview, the president, Karim Rajan, of BELUCI shares with us the basic principles for doing business in Côte d’Ivoire as a Belgian or Luxembourg company.

More and more entrepreneurs are tempted to set up business in Africa. It is important to be aware of the latest news from the country. That’s why BELUCI is here to stay tuned to the latest Ivorian news so that you are the first to be informed when there is any important news. 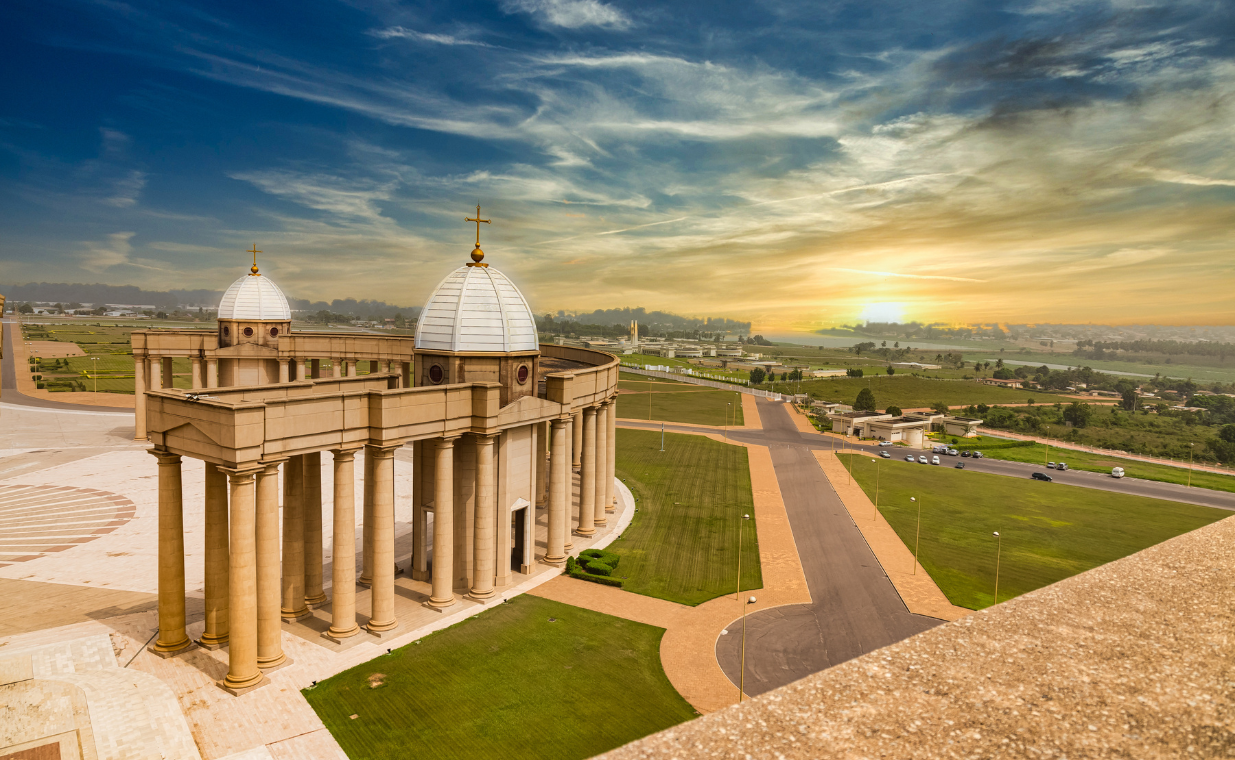 The Chamber operates in collaboration with the Embassy of Belgium in Côte d’Ivoire, the delegations of the Belgian regions, and in general with all the competent bodies in economic and commercial matters between the Belgo-Luxembourg Economic Union (UEBL) on the one hand, and Côte d’Ivoire on the other hand.

Can you introduce us to your Chamber?

Karim Rajan: BELUCI, the Belgian – Luxembourg Chamber of Commerce of the Ivory Coast is a non-profit association under Belgian law, legally and financially autonomous, which was founded by Maximilien Lemaire in 1985 to promote contacts between Belgium and the Ivory Coast. In 2020, it celebrated its 35th anniversary with a new look. A change of name to better reflect the inclusion of Luxembourgers.

The Chamber brings together more than 130 members: Ivorian subsidiaries of companies headquartered in Belgium or Luxembourg, companies under Ivorian law created by Belgian citizens, Belgians operating within European and other companies, and even Ivorian companies that simply have privileged links with Belgium.

Recently, BELUCI has also made room for companies that, without having a legal presence in Côte d’Ivoire, have a strong relationship with the country because they do business there or execute projects. These companies can now be “remote” members and still benefit from BELUCI’s networks and services.

What is the objective of the Chamber?

KR: The purpose of the association is to maintain the friendship between the Kingdom of Belgium, the Grand Duchy of Luxembourg and the Republic of Côte d’Ivoire, and to contribute to the development of economic relations between these countries. The term “trade” must be taken in the broad sense, it includes the following activities: commercial, industrial, agricultural and services. The association can also devote itself to cultural activities.

The services rendered by the Chamber are free for its members. However, when the service requested by one of its members involves important work or special expenses, the Chamber may ask for an indemnity.

A successful Chamber of Commerce opens doors for its members and for interested Belgian companies, who can learn what activities can be developed. Forging valuable local partnerships is the most important objective, and this is where BELUCI can play its role perfectly. 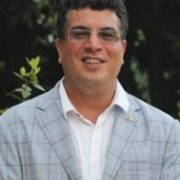 Are Belgium and the Grand Duchy of Luxembourg easy to promote in Ivory Coast?

KR: It is never easy because the Ivory Coast has a history with France, which is still very present economically. With BELUCI, we therefore try to highlight our Belgian expertise at every opportunity, and to bring opportunities to our members.

What are the services offered by your Chamber?

KR: Every month, the Chamber organizes a meeting for business contacts and information on the economic environment for its members and supporters.

The assistance of economic missions, of a sectorial or general nature, is also an important aspect of the Chamber’s objectives. But we also distribute international conferences, or professional exhibitions in our network of Belgian Chambers.

How can your Chamber help Belgian and Luxembourg companies?

KR: BELUCI’s mission is, among others, to accompany Belgian-Luxembourg companies wishing to establish themselves in the Ivory Coast, to support Belgian companies established locally, to support Ivorian companies wishing to contact and work with Belgian-Luxembourg companies, to represent its members to the Ivorian authorities but also to defend their interests and to create networking meetings to facilitate contacts in a pleasant atmosphere.

Which company have you helped recently and how?

KR: Recently, we put an Ivorian member of BELUCI (SME active in the communication sector) in touch with Belgian executives; there are many Belgians in leadership positions in international organizations (such as Unicef, EU, etc). This has resulted in contracts for our member and a better visibility of the Chamber.

In addition, we are currently in the middle of organizing a closed-door workshop for our members with a ministry that has proposed to engage exclusively with us on a partnership basis (in the “Water” sector).

Karim Rajan was born in Belgium and moved to Ivory Coast during his childhood, where he completed his schooling. After his Ivorian baccalaureate, he went on to study at a business school in France, and then worked as a strategy consultant, particularly in the telecommunications sector. He also founded a structure that operated between Belgium and the Ivory Coast. Later, he developed the same mobile operator in France before returning to settle permanently in Côte d’Ivoire, where he joined the PROSUMA group by taking over the management of l’Œnophile, a subsidiary specialized in the sale of wines and spirits. Born Belgian and naturalized Ivorian in his childhood, this double culture but also double nationality allow him to propose an optimal dialogue between the two countries as President of BELUCI, a position he has held with pride and a lot of enthusiasm for over 4 years.

Pierre Declerck, who graduated in law from the Catholic University of Louvain (KUL) in 1988, quickly joined Sabena, then Brussels Airlines. In 2005 he was appointed Director East Africa, a position he held for 10 years, before becoming Director in Angola. For the last 4 years, he has been Regional Director, based in the Ivory Coast. As a member of BELUCI, then as a director since 2020, he was naturally offered the position of Vice President. His presence and his unwavering investment with the Board and its members have enabled the Chamber to achieve ambitious goals in terms of qualitative membership. His creative and relevant actions consecrate, among other things, through the numerous partnerships that he elaborates and concretizes, an institutionalization of BELUCI, which is spoken of with great respect and enthusiasm. On June 24, 2022, during the annual general assembly of the Federation of Belgian Chambers of Commerce (BLCCA), Pierre Declerck was appointed administrator of the said Federation, to the great pride of BELUCI.

Belgian-Spanish born in Ixelles, Cecilia Laredo obtained her degree in Psychology and then trained in e-Marketing before joining a therapy center where she held the position of Office Manager. In 2017, eager for new personal and professional challenges, she decided to leave her flat country and started her journey towards happiness in the city of Abidjan. There, she worked in various fields, such as aid to disadvantaged populations, 360 advertising, events, etc. When in 2021 the Chamber publishes its job offer, it is with great enthusiasm that she applies, highlighting her dual culture, her ability to adapt outside her comfort zone, and her varied experience in the Ivorian professional environment. Committed to managing BELUCI’s day-to-day operations with discipline and friendliness and to revitalizing its image, Cecilia, through her tenacity and commitment, has enabled the Chamber to reinvent itself by catalyzing the respective efforts of the directors to make the most of the potential of a complementary and efficient group.

The Belgian-Luxembourg Chamber of Commerce in Ivory Coast is one of the 37 Belgian-Luxembourg Chambers of Commerce (BLCCA) accredited by the Federation of Belgian Chambers of Commerce. They help promote bilateral trade between Belgium, Luxembourg and the country in which they are established. The Chambers are made up of entrepreneurs who know what it is like to run a business abroad. They provide a sounding board and support and help entrepreneurs with practical matters to explore new markets abroad.

Discover the other Chambers abroad! 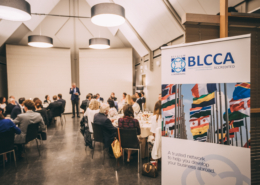 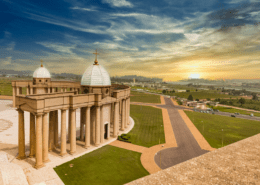 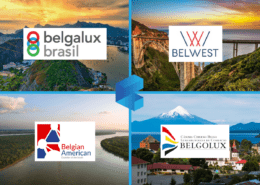 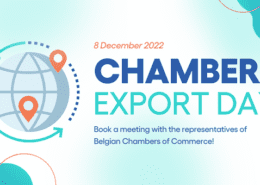 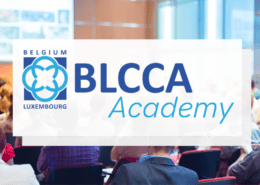 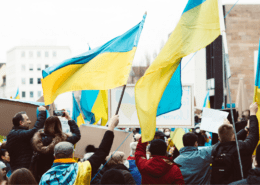 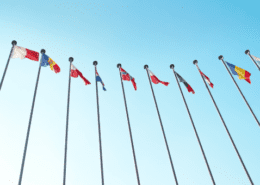 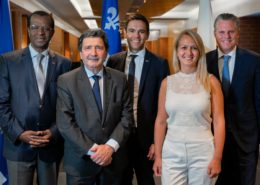 BLCCA Academy 2023: Save the date!
Scroll to top